The Pilgrimage Bbc – Donegal and Derry

Seven popular characters with varying faiths and beliefs put on their backpacks and waterproofs and set out on foot, by roadway and sea, travelling over 1,600 km to find out about an essential figure in early British Christianity, St Columba: an Irish monk born 1,500 years ago who assisted spread the faith from Ireland to Scotland. This first episode is a great portrayal of Donegal and Derry for any travellers or visitors. 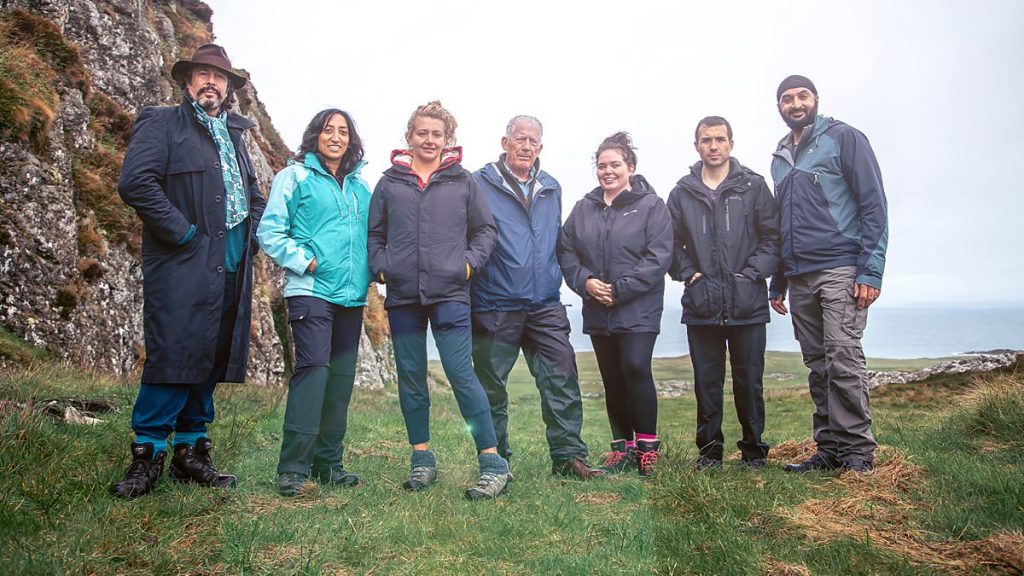 With only 15 days to finish their pilgrimage, they start their adventure in Donegal in the Republic of Ireland, St Columba’s birthplace. From here, they make their method to Northern Ireland, checking out Londonderry, likewise referred to as Derry, where Columba is patron saint. After crossing the North Channel to western Scotland, their trip takes them through stunning landscapes into the Highlands. They explore the Outer Hebrides prior to heading back south to reach their last location, the small island of Iona and the site of Columba’s most famous monastic settlement.

The pilgrims will visit essential places of worship and rural neighbourhoods, however will this journey of a lifetime alter the method they think about themselves and their beliefs?

In this first episode, six of the pilgrims – Nick, Laurence, Scarlett, Monty, Louisa and Shazia – meet for the very first time in the market town of Donegal. Due to an international sports occasion, Will is delayed and will not sign up with the group for a couple of days. Until he does, they’re left to question who the seventh pilgrim will be.

It’s a moist start as they head out of Donegal Town towards the Atlantic coast and the first place of significance on their pilgrimage– a glen called after Columba. As they leave the town, the pilgrims’ first encounter with belief has nothing to do with Christianity, but rather Irish folklore and Celtic mythology, when they discover a fairy tree, total with tiny doors and coins for desires.

As they travel further west towards Columba’s valley, they begin learning more about each other. Shazia reveals that, despite being a practising Muslim, her Mum and Dad sent her to a Catholic school, so she was always knowledgeable about St Columba. When they reach the remarkable Atlantic coast, Laurence sparks off a lively discussion about faith. 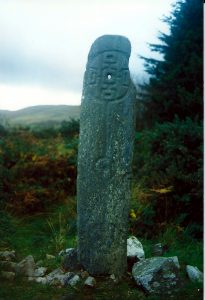 After 3 hours, the pilgrims reach the outskirts of Glencolmcille, Gaelic for ‘the Valley of Columba’, where The Pilgrims will spend their opening night. Nevertheless, the walking is already triggering problems for Scarlett, whose leg is beginning to harm. Exhausted and damp, the pilgrims check out their hostel and are welcomed in Gaelic, the regional language. Pilgrim life indicates sharing spaces, and the merry band commemorate their first supper together.

It’s day two, and not everybody has slept well. Nick grumbles he’s had a dreadful night, and Laurence feels ‘each and every single minute’ of his 57 years. Scarlett’s leg is still offering her trouble, and sportsperson Monty offers to assist her with some workouts to relieve the pain.

Before leaving the valley, the pilgrims set out for a historic regional expedition path, Turas Cholmcille. At the Stone of Gathering, Scarlett pulls out a little wooden cross and discusses it makes her feel safe when she’s far from her household. However, some of the other pilgrims’ small talk makes her feel uneasy and she gets emotional. She discusses that a few of their conversations are too ‘jokey’ which without God, she would not have actually got through some actually dark times. 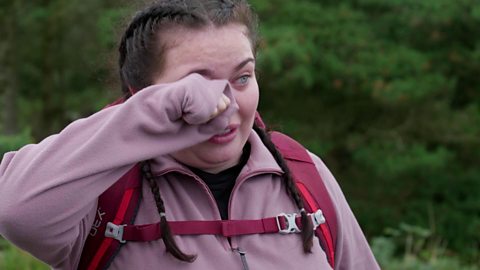 The Stone of Sorrows, where Columba is said to have actually been born, is their next destination, but en route, Laurence, Shazia and Nick take a wrong turn and wind up on private property. Shocked to see trespassers from ‘world showbiz’, Shazia discusses to the owner that they are ‘very lost, spiritually and actually.’

Reunited, the group head for the Stone of Sorrows. Scarlett and Monty lay on the stone and state a quiet prayer, however the stone represents homesickness and isolation, and Louisa stands back as being up until now away from her household is making her upset.

Next, the pilgrims make their way to Derry/Londonderry in Northern Ireland. Shazia, Laurence, and Nick head to a late 18th-century Anglican church cherished by both Protestants and Catholics. On the other hand, Monty welcomes Louisa and Scarlett to a gurdwara, a Sikh temple, where he reveals that he has struggled with depression in the past, which checked his faith. 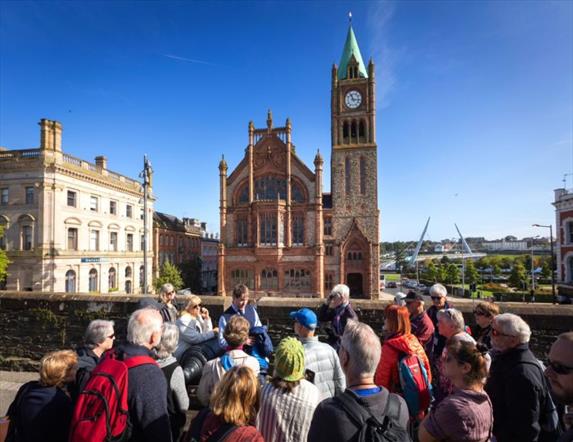 Prior to the pilgrims leave Derry, they attend a service at St Columba’s, a Roman Catholic church that is celebrating the birth of St Columba 1,500 years earlier. Nevertheless, it stirs up unexpected feelings for Louisa, who is Jewish, as it makes her want to go to synagogue. This episode of The Pilgrimage Bbc showcases the beauty and tranquility of Donegal and the Wild Atlantic Way plus the diversity, openness and how far forward Derry has come. Again, a must watch and must visit to mark off your bucket list of travels for the remainder of 2022 or 2023.

Now available on the BBC iPlayer – The Pilgrimage Bbc